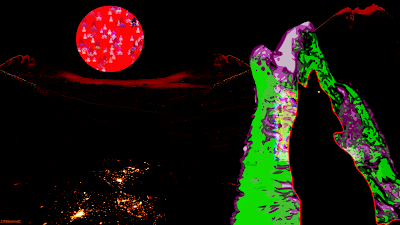 Step one patriot: Engage your synthetic substitute
Step two family: Drive past the initial horrors through sense and memories of belonging
Step three self: look after yourself, self as the primeval one -  do whatever it takes

Inflict psychological defeat
Enforce morale collapse
Make it look like there is no sensible alternative
Make sure you look smart, alert and resourceful
It is not your role to speak the truth
Your role is to evoke controversy
Ply until your enemy becomes feeble-minded

They are too weak to endure the psychological effects of subversion
Then when broken, make sure all forms of repatriation is piecemeal
Keep them divisive

From the gutters  Time well spent
Forever trying to make it Curious, creative, and nontraditional  Independent and alert
To knowing The battles that need to be fought To whom it must be Focused on predictive outcomes By mimicking and anticipating their actions

This is a list of on-line tools that can be used in education. It is an extensive list with many ways of application. The list is not complete.

Bookmarking Tools
Clip Clip www.clipclip.com
-> ClipClip is, essentially, a social bookmarking tool that allows you to save and collect the sites and stuff you treasure most.
you can ‘clip’ pictures, applications, and paragraphs without having to take from the whole website itself.
ClipClip works, more or less, as your own personal scrapbook.

Del.icio.us http://del.icio.us
-> Delicious is a social bookmarking service that allows users to tag, save, manage and share web pages from a centralized source. With emphasis on the power of the community -
Bookmark any site on the Internet, and get to it from anywhere
Share your bookmarks, and get bookmarks in return
Discover the most useful and interesting bookmarks on the web

Diigo www.diigo.com
-> Diigo provides a browser add-on that can really improve your research productivity. As you read …
Read more 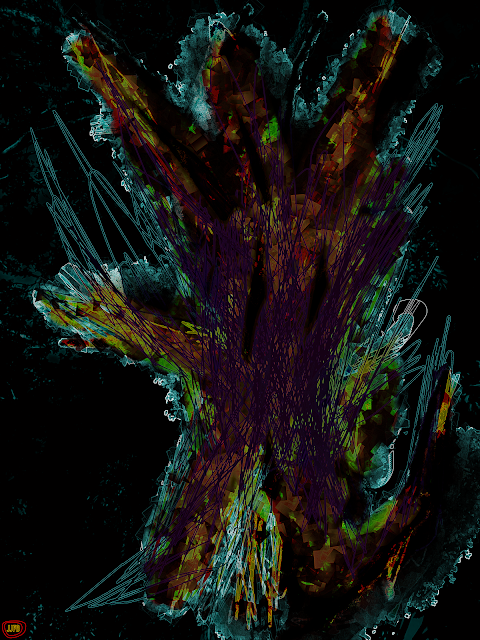 Sister 1 Keres
Disruption
Ownership of activity Prescribed by acceptable transactions
All is in flux Resulting in frustration And redefining  What is a fully functioning person
New base-line violations and agreements To deal with unconscious reaction and reasoned response Every interaction is observed To satisfy the needs of commercial interest
There is no snap-back This is the new socio-economic order Of artificial intelligence, automation, and surveillance
Those who are left behind Will be punished by poverty By systems that are impenetrable and dehumanizing

If you want to survive, stay away From their dominance and contagion  From their wandering battlefields As they scavenge and feed on loss Feeding on their rotten victories 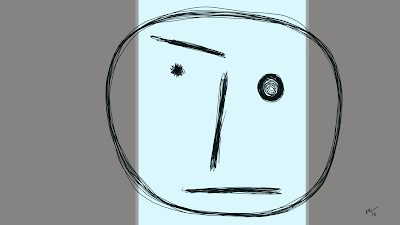 Godin Waiting  I have been in-waiting to go, for far too long. Wanting to change, to improve, to transform.  Now I am stuck in this place of best practices.  All the pre-planning, all the strategy, the tactics, and motivation is fading away. Step one, two, and three are now at mercy to this real-world placement. This waiting room, a monstrous social construct contained through collective intuition.
All who have experienced disregard, within chant of 'be patient', have found their way into this room.  The fight to climb and to gain authority eventually leads to waiting.  The eventuality - all worn out by the fight within itself. Only to become the shell of what could have been and was now has ever-been.  Increments and trinkets of discarded shells underscored by the need to profit.  Shedding the skins of splendor and replaced by titles and agents of authority. I am within the placement of a utilized progression cue. Nothing out of the normal really. I know I must wait my turn.
…
Read more

Thinking thoughts, not for consumption Disturbing impulsive thoughts Those darker imaginings Those emergent creative powers Repress them Keep them secret

And as the day fled west 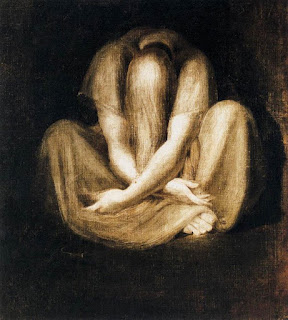 Irresistible meanings are made
when
History, conspiracy, and fiction collude 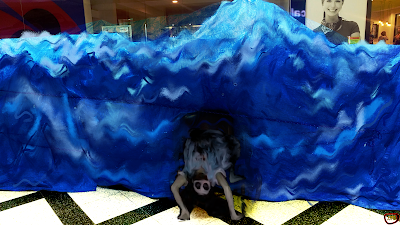 The moment in which Peter forgot about ke…
Read more