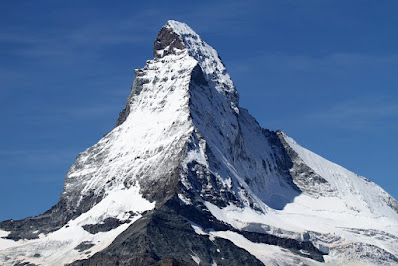 Art Books must embrace 21st Century Technologies Q. What happened to post modernism? A. It became Culture Calvinist. Q. What has General Motors and Art got in common? A. They both require ongoing government support, they make things people do not want and they peaked in the 20th Century. Jamie Campin’s Weekend Australian’s Review article “Keep writhing about art – Art books must survive in this age of visual noise” is a casing point of meaningless relevance and dislocated authority. His points are; • Society requires the authority of taste-makers. • Unless the image makes the grade it is just noise. Image noise brought to you by; twitpic, flickr, photobucket, picasa and tinypic can be overwhelming in quantity and qualities. The technologies are new and are used by many. Perhaps there is something in the sayings ‘if you can’t beat them join them’. Dell recently announced that it surpassed $3 million in sales via links from one of its Twitter accounts. Getty Images, the world’s largest distributor of still imagery, has teamed up with Flickr to sell pictures from Flickr via gettyimages. The site www.gettyimages.com/flickr is titled Photography with a fresh perspective. Technologogy & the future of the Book
It seems that the Culture Calvinist taste-makers are still locked in the 20th Century paradigm – that being their glory period when money was to be made via proprietary owned technologies and pushed out by a network of ‘trusted’ bookshops. Today it is freely accessed technology accessed via any internet connection. Taste-makers need to become innovative if they are to survive the 21st Century. There is no use quoting Oscar Wide ‘Life imitates art far more than art imitates life’ or Picasso ‘Art is a lie that makes us realise truth’. The 21st century requires its own contextualised statements, not of the ‘Western European Genius’ from past millennia. Our starting point for this millennium is a connected global society. What are our statements – could it be something like ‘Art being AnyTechnology, AnyWhere, AnyTime and AnyPlace’? Telephone - will never catch on
• Jamie blames Amazon for ‘devaluing books in the minds of consumers’.
• Jamie blames technology; ‘anyone can publish a book via inexpensive technology’. I presume this could be the internet.
• Jamie also states that this technology ‘makes most products more uniform’ where as ‘printing technology can show an art’s strength’. The internet technology is non-linear, multi-sensory and interactive. This technology would benefit the performing arts, installation and 3D art as well as conceptual art. Jamie is ignorant of 21st Century possibilities and conveys the innovative insights of a document locked in a filing cabinet. Get out of the Black Box! The internet technologies are better suited to the arts than a book. A book’s heriatge is of locked-up and frustrated monasteries. The barbarians have truly taken over. The Churches feared the printing press and the Cultural Calvinists fear the internet. The taste-makers need to embrace the new technologies or become a museum feature just as the Australian newspaper slips from a daily to a weekly to a monthly. Become more innovative like Dell and Getty Images companies. In other words get off the couch, stop whinging and do something new. Stop being a Cultural Calvinist become a Cultural Innovator. IBM innovation - just do it
education