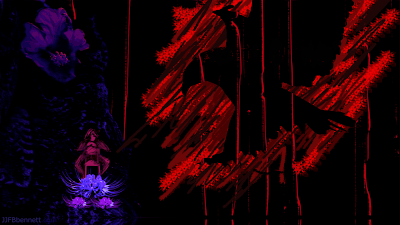 So much bloodletting
Even to get even this far

Hidden as a threat
Hidden for ownership