Celeste Once we were Gods 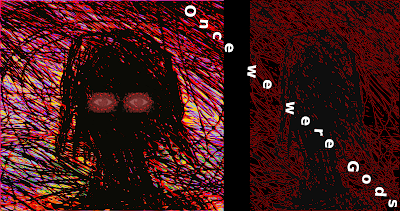 Say you lived
Say you were not trapped
From past exploits and in truth
After having desecrated with impunity
At a cost and at the probability of not being caught
When in the dream, with presence and being elsewhere intended
Curiosity
Want
Hidden
And in pleasure