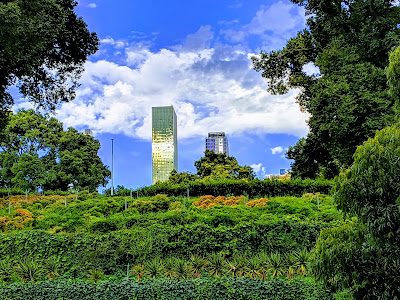 This magnificent achievement that time has reshaped
To what is now less good, less beautiful, less awe-inspiring, less interesting
Our memories reliant on reward and monetary gain
Walk on by and think less about it
When none of the original statues exist, it nolonger matters.