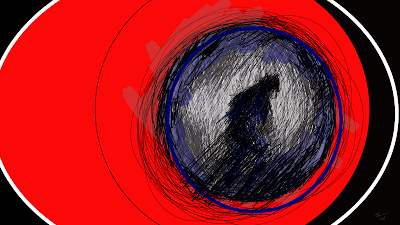 Share a moment with me as this night falls
There is no happy ever after,  just don't buy into it
Media repetition is controlling your normalization
Consumption and fearing
Your once chance has become a placement within a detention center
And in this confined space you are incited to consume and fear
Where in debt to charity you have no choice to walk away
An accepted loss of ownership claimed by proprietary voice
Belief has been organized
To profit from disenchantment
To dis-empower collective disbelief