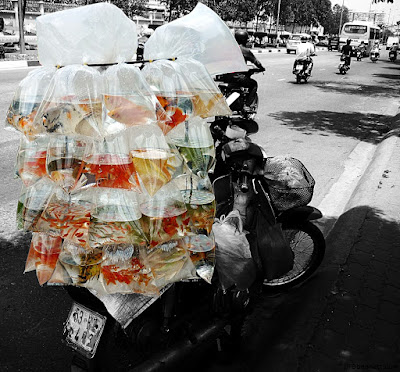 Ho Chi Minh
It was patriotism, not communism, that inspired me.
You will kill ten of us, we will kill one of you, but in the end, you will tire of it first
I follow only one party: the Vietnamese party
The great victory of April 30 represents the triumph of the entire nation, of justice over brutality and of humanity over tyranny

John F. Kennedy
We have a problem in making our power credible, and Vietnam is the place.

Richard Nixon
I’m not going to be the first American president to lose a war.

Gen. Curtis LeMay,
Tell the Vietnamese they’ve got to draw in their horns or we’re going to bomb them back into the Stone Age.

Walter Cronkite
I covered the Vietnam War. I remember the lies that were told, the lives that were lost - and the shock when, twenty years after the war ended, former Defense Secretary Robert S. McNamara admitted he knew it was a mistake all along.